Steven Leach
Posted 2 years ago
A friend of mine sent me a link to this developing thread on Twitter. I’d be interested in your thoughts as to how you would approach this conversation https://twitter.com/alexbloor/status/1383457642438283272?s=21

I found this by clicking around, in under 5 minutes.

9 miles apart. On the same river. One on the middle of Waterloo Bridge. One near the Thames near Abbey Wood.

This is appalling. This could cause loss of life.

Jack Lowe
2 years ago
Here are my initial thoughts: You don't find similar addresses by 'clicking around' among many thousands. This chap has found an address and tried typing different variations of it, then found that one or two are relatively close together. But that doesn't take into account the context of somebody relaying their w3w address. When they read it out, it will be part of a conversation and the person they're talking to will say something like: "So, you're on Waterloo Bridge?" It's self-checking in that regard or they could even share the address via the app.

Of course, it's also far too simplistic to say 'it sucks' when we now have a system that gives every person an address on the planet no matter what their social or economic status.

Jack Lowe
2 years ago
...hmmm, my tweeted reply has been instructive so far. I've been bombarded with notifications telling me I'm wrong. So much energy put into showing w3w is wrong by apparently very clever people who have all the answers but nothing to show for it. Other perspectives are not on the agenda in conversations like the one that's materialising, so I'll step away from it. I haven't got as far as the personal conversations I've had with lifeboat and other emergency crews about how many lives have been saved or horrific situations averted. One person even tweeted me once to tell me she'd had the three words that saved her life tattooed on her body! Hey ho.
2 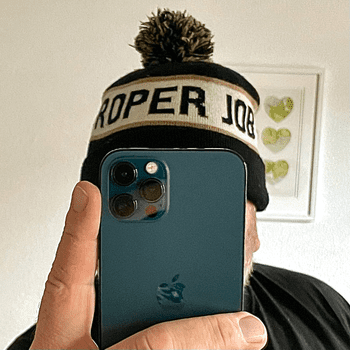 Steven Leach
2 years ago
I think you made some excellent points Jack, well done for persevering as long as you did. Unfortunately it's very difficult to change someone's mind once they have stuck their flag in the sand. I too assumed he literally meant "clicking around" - you'd think he would be more careful to be clear when "debunking claims"!
1

Jack Lowe
2 years ago
Steven Leach Thank you very much, Steven, and, yes, that's exactly what I thought. I've now had to mute the notifications as the barrage has been quite overwhelming, even starting to verge on trolling from some quarters. Very interesting to peek into this other world for a short while before it was time to close the curtains and walk away!
2

Niamh McNiff
2 years ago
Hey Steven Leach, we saw this too - thanks for asking us how we'd respond. When we designed the system we placed simpler and more commonly-used words in each language in the areas where the language is spoken. We worked hard to remove as many homophones as possible and similar what3words addresses are spaced as far apart as possible to avoid confusion. We were aware that some similar words were closer to each other though those incidents are very, very small in percentage terms. For example the tweeter quotes that there are 50,000 plurals within a 1km radius. This equates to 0.00000009% of what3words addresses. When combined with our autosuggest function, that presents intelligent suggestions for other what3words addresses based on what you typed and your location, what3words is a robust solution and significantly better than street addresses, lat/long coordinates or or other hierarchical systems including many of the alphanumeric codes.

There are a small but vocal group who don't agree with some of what3words' design features or who like the system but take exception to our business model, who regularly take to Twitter to vent their frustration as they see adoption by companies and individuals increase. Thanks Jack Lowe for defending what3words!

Steven Leach
2 years ago
Thanks Niamh McNiff - I'm aware of that group of w3w nay-sayers & it's good to have some vocabulary in mind should we decide to engage with them!

We're unlikely to change *their* minds, but it's good to offer our perspective to inform those who may be negatively influenced by their rhetoric

Jack Lowe
2 years ago
I agree with Steven Leach, Niamh McNiff...your reply is really useful with regard to stats and language. Perhaps this could be collated into some kind of 'Guidelines Pack'? I found the whole experience bizarre and unsettling yesterday morning. I must confess, it took me completely by surprise as I didn't realise I was stepping into an arena where people are so focussed on the *flaws* of what3words rather than the strengths. It reminded me of the same kind of approach and language used against vulnerable and minority groups. It sounds as though I muted the conversation on Twitter just in time!
1

Jack Lowe
2 years ago
...oh, and it's my pleasure, Niamh McNiff! I'd be interested to see the same people pick apart postcodes and coordinates. Now *that* would be a long thread!
0 Giles Rhys Jones what3words team
2 years ago
Hey Jack Lowe sorry you got caught up in that. Haters are going to hate!
2

Jack Lowe
2 years ago
Giles Rhys Jones No worries, Giles, and that's certainly the neatest way of putting it. And it sounds as though I muted the conversation just in time before it got even worse.
0